If you work in a boiler room, you have likely heard the term boiler turndown ratio. So what does this term mean, and why is it important?

What Is The Boiler Turndown Ratio? 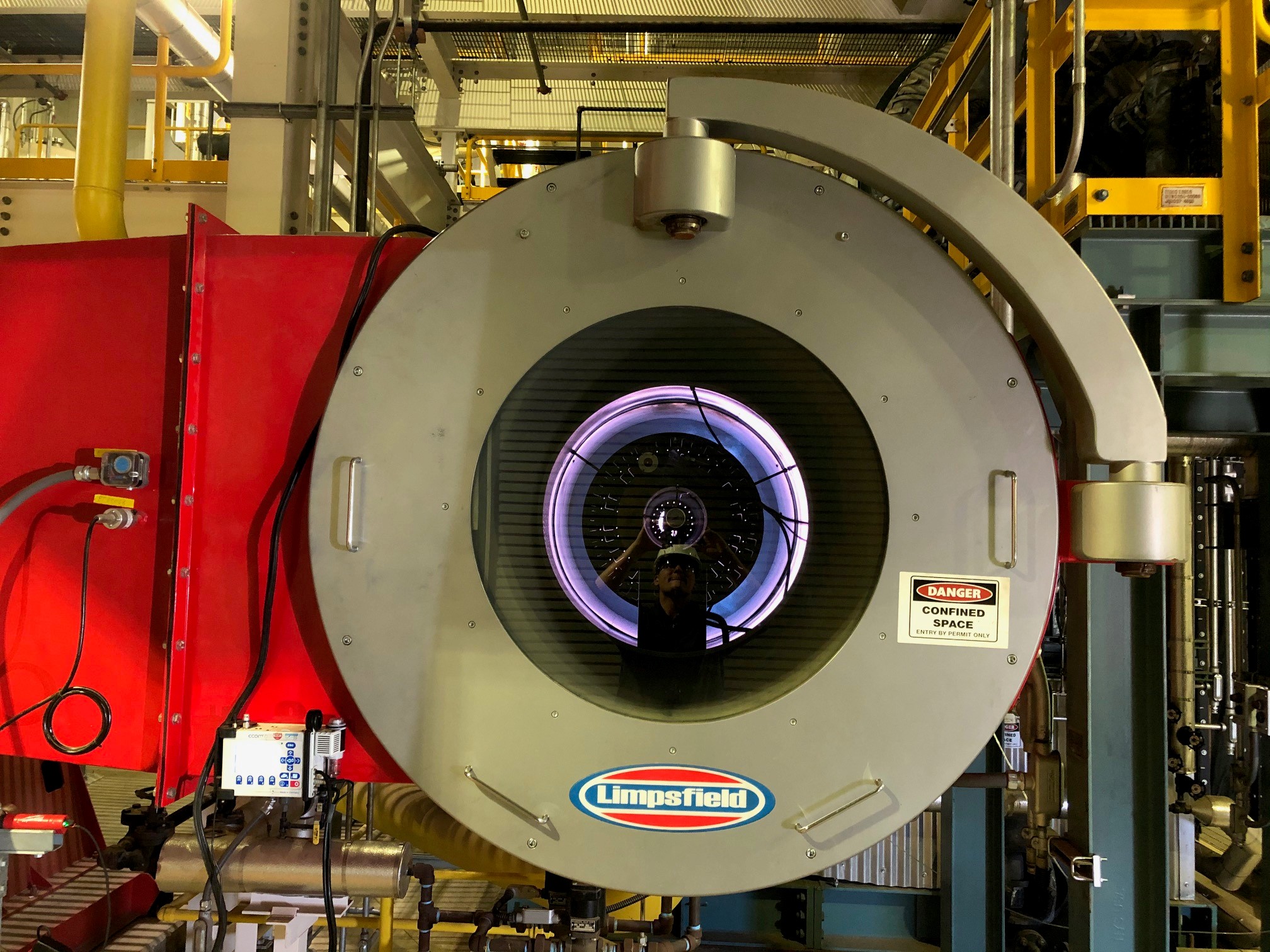 Before we define boiler turndown ratio, you need to understand combustion output. Most modern burners are able to operate in more than one setting. For example, instead of either being on or off, they have the ability to modulate. A fancy term for changing the boiler firing rate to match demand, allowing the system pressure/temperature to stay constant at setpoint. This allows the boiler to go to operating points between high and low fire based on demand.

In other words, modern burners have the ability to operate at infinite points between on and off. This is where the turndown ratio comes in. If a burner has a turndown ratio of 5:1, then the burner low fire, is 1/5th of the high fire heat input. This means based on heat demand the burner may fire at 20% through 100% of maximum burner output.

In a modulating system, the actual firing rate is set by the boiler firing rate controller. Facility manager commonly call this a pressuretrol™, regardless of the brand used. In larger systems, this pressure control is handled by a PID control loop. This is found in the integrated boiler controller such as an Autoflame™ mk8 or in the plant digital control system (DCS). 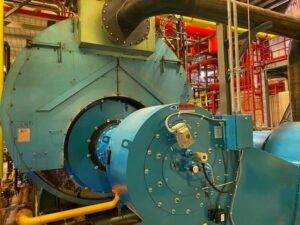 In short, it all comes down to efficiency. When a burner is firing at maximum output (high fire), a boiler is often able to quickly meet the heating demand. This can cause it to cycle on and off quickly, a phenomenon known as short cycling. This quick on and off causes wear and tear on the mechanical components. Not to mention issues with water chemistry, loss of efficiency due to purge loss and an increase in fuel usage.

When a boiler is short cycling, you can see upwards of 15 percentage points less than the lowest efficiency achieved at low fire. That can take an 85% efficient boiler and drop it to 70% efficient which will spike operation costs.

If the boiler is instead able to fire at a lower rate, for a longer period of time, the efficiency may increase. The higher the turndown ratio, the more flexibility the burner has to satisfy heating demands without cycling. 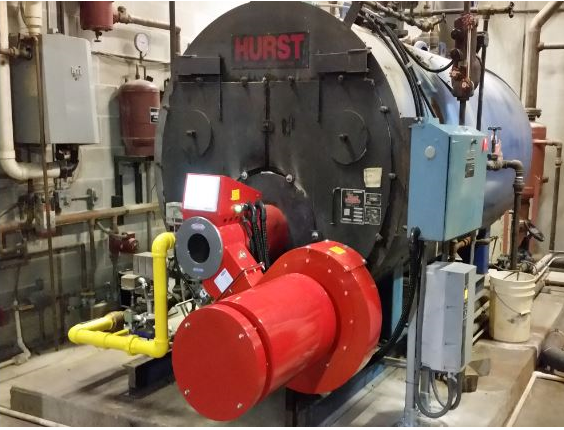 While there is a correlation between boiler turndown ratio and efficiency, it may not be as clear as you would think. A boiler with a 5:1 turndown rate can see considerable savings when compared to a lower turndown rate (15% in some cases). However, when you go from 5:1 to 10:1, the savings is often significantly less. This is why you need to consult a burner expert when selecting a burner.

According to the Office of Energy Efficiency and Renewable Energy;

“It is recommended that boilers have the capability to vary their heating output by modulating the burner. Most of the time boilers operate at part load. To prevent excessive cycling and the losses that accompany them, specify boilers that have modulating capability. A minimum turndown ratio of 5:1 is recommended for gas-fired, hot-water boilers. This is particularly important in condensing boilers that run more efficiently at part load. It is also important to keep the air-fuel ratio at optimum levels at part-load operation as well as full-load operation. This is better accomplished by using sensor-driven servos rather than a mechanical linkage (e.g., jack shaft) between the gas input and the blower damper. Oxygen trim systems should be used on larger boilers. Oxygen trim systems monitor the oxygen in the flue gas and adjust the air-fuel ratio for optimum combustion efficiency.”

Beware of boilers bragging excessively high turndown ratios. While the heat input is turned down, it is very common for a burner to use a lot of excess air. This helps fire a stable flame at very low heat inputs. This can lead to poor efficiency. For hydronic boilers, efficiency is also significantly affected by return water temperatures. For these boilers system controls and outdoor temperature reset play a significant factor in system efficiency. Consult an boiler/burner expert before making changes to ensure the highest efficiency and reliability of your boiler system.

Boiler
The controls on a boiler system are essential for maintaining efficiency and proper combustion control. Just like everything in the digital world, boiler controls have…
Read the Article
Boiler
Deaerators are a key component to many commercial and industrial boiler systems that require regular maintenance to ensure long and efficient equipment life. Deaerator tanks serve 3 primary…
Read the Article
Boiler
Regardless of whether you are operating a commercial or industrial system, steam boiler maintenance is essential to the life of your system. Daily Steam Boiler…
Read the Article